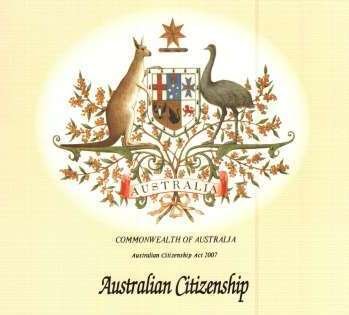 Australia is one of the most beautiful and wonderful countries to settle in. Australia nowadays is also considered as the land of opportunities. Many skilled professionals are willing to shift to Australia and explore new opportunities.

Australia’s Skilled Worker Migration program makes it a possibility for immigrants to migrate, work and settle in Australia permanently. Let’s now consider the 10 key points every Australian migrant must know.

1. Cost of Living in Australia

Cost of living in Australia also depends upon the city where you live. Cities like Sydney, Brisbane, Melbourne are relatively expensive than other cities.

Your money in Australia will be spent on following –

The GST is levied on the supply of most goods and services. GST is applicable on a number of supplies, however, it is not levied on basic foodstuffs, medical, education and financial services, etc.

There are different payroll taxes levied on salaries across different Australian states by the federal government.

As mentioned earlier, Australia is now known as the land of opportunities. Nevertheless, did you know that finding a job in Australia is not easy? It takes a lot of effort, preparation, hard work and determination to be successful and crack an interview.

Applying for a job in Australia can begin with listing down Australia job assisting websites and contacting the employers, you are interested in. You can also signup for a LinkedIn account and connect with Australian employers and have a chat session with them. These were just a few methods of applying for an Australian job but there are much more ways to apply.

4. Food to Explore in Australia

Australia has been witnessing immigration to the country since a long while. People from different regions and cultures began settling down in Australia and this led to the introduction of different cuisine styles in Australia.

So, if you visit Australia, you will be greeted with different cuisines and delicacy ranging from Chinese, Mexican, Thai, Japanese, etc. Australian chefs are best known for fusion cooking which involves Mexican style cooking with an Asian taste.

Australia is considered as the meat-eating capital of the world. As agriculture has become a strong part of the Australian economy, many Australians are becoming vegetarians. This has led many restaurants to introduce more vegetarian options on the menu.

Being a PR Holder of Australia comes with a number of benefits. These benefits help an Australian PR holder to be comfortable in the new country not of their origin. Holding a PR Visa makes you a permanent resident of Australia which lets you enjoy most of the Australian citizen rights except for involving in government jobs and casting votes.

Most people will be paying a tax on their salary called the Medicare levy. The current Medicare levy is 1.5%.

As a new resident in Australia, you will need to register yourself with Medicare office. You will be required to complete a Medicare form and then take your passport and visa documents as evidence. After the registration is done, you will be awarded the Medicare card. You can include up to five people in your Medicare card.

Firstly, Centrelink will help you in finding a job and if everything fails will provide you certain funds to survive while you hunt for a job.

If you are a PR holder of Australia, you can easily work in any job sector of your choice after cracking the respective interviews. It is not just you who can enjoy this but if you have your spouse along, he/she can also work in Australia for full-time. This means a couple working in Australia will be able to earn a handsome amount and create enough savings.